This week has started off a nightmare!  Shaun has got pharyngitis and I think I’m getting it too.  The doctor told him it was viral so couldn’t prescribe anything.  So, I have an ill husband on my hands.  I get him loads of strepsils, dequacaine tablets and make him lots of hot honey and lemon drinks.  He’s taking paracetamol and codeine for the pain and he’s getting headaches too.  On the second day I come down with it too and feel awful.  I ring NHS Direct and ask their advice.  Someone calls me back and lets me know what I thought – as I’m breastfeeding I can only take paracetamol every four hours and drink the hot honey and lemon drinks.  It’s hard going, especially with Blake to look after but it means I can actually sleep when he sleeps and not feel guilty that the washing isn’t done or the kitchen is a mess.  I am conscious that being tired and ill can affect your milk supply and I don’t want Blake to suffer so I try to rest as much as possible.  It seems to work as within a few days I feel a lot better.

Blake however isn’t himself.  Quickly he’s very clingy, upset and is feeding very often.  He’s not sleeping and is very tired so when he is feeding he is being lazy and not latching on properly.  After two days of this my nipples feel like they’re on fire.  I’m in a lot of pain and Shaun tries to be helpful by saying “You know, there’s no shame in giving this up if it’s too much for you.  We can always bottle feed him.”  The combination of illness, tiredness and hormones means this gets my back up and I get very upset at this suggestion.  I’ve got nothing against bottle feeding but this is MY journey and I desperately want to be able to breastfeed Blake for as long as possible.  I realise at this moment that I really enjoy this and I just need to do it.  Every single part of me is desperate to hang onto the ability to continue breastfeeding.  I make sure I slap loads of Lansinoh nipple cream on before and after every feed and Caroline my midwife suggests nipple shields.  I nearly bought these in the first week when it was quite a new sensation to me but didn’t because I remembered that nipple shields used too early can cause nipple confusion in some babies.  With Blake taking the dummy and still feeding fine I decide to invest in some Medela nipple shields.

They’re literally a very thin piece of silicone that goes over the nipple before feeding.  Washing and sterilising is a bit of a pain but I have two shields so as long as I remember to do it after each feed I’m always prepared.  The nipple shields are great.  It no longer hurts at all, my nipples get a chance to recover and as an added bonus I also find that the shields really slow my flow of milk down and Blake is nowhere near as windy and sickly when I use them.

Now I don’t actually mind the dentist at all, needles don’t bother me one bit and I normally enjoy the visit.  This time however I felt sick at the thought of going.  As the day drew nearer and the time closer to leave the house I actually had a little cry in the bathroom when Shaun was out of sight for fear of him ridiculing me.  I wasn’t scared of the dentist, nope, I was petrified and dreading leaving my beautiful boy for the very first time.  I’d got up early and expressed enough milk that morning for at least two big feeds and Shaun had taken the day off to look after him.  I knew in my heart of hearts that he would be absolutely fine but I couldn’t help feeling anxious.  My teeth were weak before I got pregnant but pregnancy really doesn’t help at all and I was in desperate need of a root canal.  As usual, I’m hard to anaesthetise so the dentist had to use much more than he had anticipated.  It still wasn’t enough though and he couldn’t complete the treatment so I’m booked in 3 more times in the next two months.  He did warn me though that as he’d used quite a lot of anaesthetic that I would be better off not breastfeeding for the next 24 hours.  Now, I hadn’t even taken this into consideration and it wasn’t something I’d prepared for.  So, it was with a heavy heart but a necessity that I had to defrost and use the donor milk I’d been storing in the freezer for the Milk Bank.  I was very lucky that I’d been doing this as if I hadn’t any saved I would’ve had to give Blake formula.  Now I know this wouldn’t have done him any harm but I was scared he’d prefer it as it is supposed to be a lot heavier (if that’s the right word?) and then he’d refuse my breast milk!  Luckily I didn’t have to put myself in this situation as I had enough milk stored to feed him for the next day.  My boobs went absolutely massive though as he wasn’t feeding and I had to keep expressing and discarding it.  Now I wouldn’t have minded if I was doing this after a good night out with the girls drinking lots of lovely Sauvignon Blanc but this was all because of the dentist!  At least I know now and I’ll make sure I’m prepared before my next appointment.

The next day I was really looking forward to visiting the Hudson Children’s Centre and attending the breastfeeding drop in clinic.  I’d been wanting to go to this for 3 weeks but a combination of the weather, illness and also a small incident of me crashing our car into the house (don’t ask!) meant I hadn’t been able to make it.  Unfortunately the snow meant that I wasn’t going anywhere fast and this has now had to be postponed in my diary until the New Year. I’m gutted as I really wanted to go and experience one of these and also the ‘Baby Cafe’ sessions that they hold.  It’s a great way to meet new Mums, share stories and also a good chance for the Breast Start team to check that the breast feeding is going OK and they’ll be there for any advice or questions you may have.  I promise once the snow and ice has gone that I’ll get myself to one of the clinics and report back on how it was.

Jingle bells it’s Christmas!  And like the rest of the country I haven’t done a scrap of Christmas shopping.  By Wednesday we panic a bit that we haven’t got any presents whatsoever so we decide to venture out.  Now it’s the first time I’ve left the house in nearly a week (cabin fever or what?!) and I’m shocked at just how bad the roads are.  We get two miles down the road and our car is sliding everywhere so we’re lucky we’re close to Aintree Racecourse Retail Park.  Thank goodness for Boots 3 for 2 for all the adults and Mothercare for all the kids.  It’s so hard pushing the pram in the snow, everyone is pushing and shoving and I find myself stressed and worked up in such a rage that Shaun’s worried I’m ready to kill someone!  Whilst in Boots Blake’s familiar hungry noises start up and although initially I’m thinking “Nooo… you only fed two hours ago!”  it actually proves to be a blessing in disguise.  Trusty Mothercare is only 3 doors down and they have a feeding room there so off I trot leaving Shaun with the shopping to perform my motherly duty.  I call it a duty but really it is a pleasure.  The stress of Christmas shopping lifts as I relax and settle down to twenty minutes of relaxing breastfeeding and bonding time with my son.  When I finish and catch up with Shaun he’s amazed at the transformation.  I have gone from Medusa-esque witch under a cloud of doom to heavenly earth mother full of peace and happiness!  Blake falls straight to sleep and we’re able to finish the shopping and get home in time to cook a nice dinner for Shaun’s Mum and Dad.

Whilst we’ve been snowed in, Shaun’s made use of the time and completely decorated the dining room (hence inviting his folks over to dinner – he wants to show off his handyman skills!).  Shaun’s Dad, Terry and I have a funny old relationship.  I love him to bits and I also love love love to have a good argument with him.  We put the world to rights and can debate over the most ridiculous of subjects for hours and hours.  Sometimes I think he thinks I hate him, which is not true!  He’s just the best debating partner there is and sometimes I do go a bit too far and upset him when I don’t mean it.  Anyway, since having Blake the one person who I didn’t expect to but has really really encouraged me and made me feel like a complete hero for breastfeeding is Terry.  He really does make me feel proud of my achievements and all I’m doing for his grandson.  He’s also the one bloke who’s totally 100% the same around me when I’m breastfeeding.  He doesn’t look the other way or go out the room like some people so he must be completely comfortable with it.  I think because I didn’t expect him to be, it makes it all the more special.  I’m very lucky that everyone around me fully supports me in this journey and I’m so grateful and happy for that.

One response to “My breastfeeding journey – Week 4” 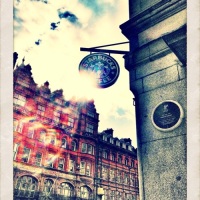 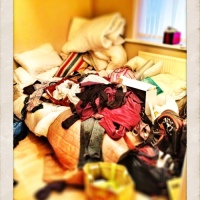 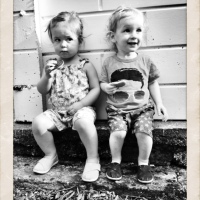 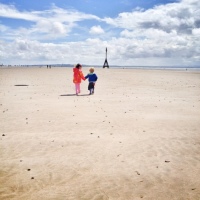 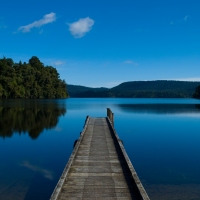 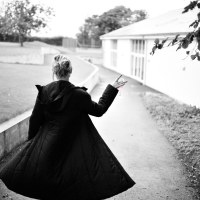 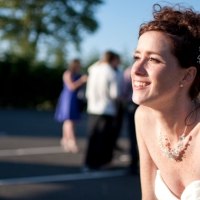 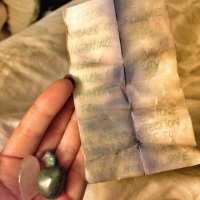